Showing posts from April, 2018
Show all

The Departure of My Previous Father of Confession 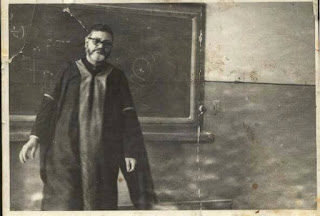 Father Makary Abd-Allah, Ph.D., the only Coptic priest who taught at a university as a priest, departed in the hope of resurrection.

As a young man, Adeeb Abd-Allah was the model of a Christian young man who was successful in his spiritual life as well as his secular life.

He joined the School of Science, Department of Mathematics, Cairo University. As the top of his class, he was hired as a teacher assistant. He then traveled to Germany to earn a Ph.D. from the University of Gottingen in mathematics in the subject of several complex variables in 1962.
He was hired by Cairo University as a professor in 1962.
He then earned a national award in mathematics in 1968 and the Highest Achievement Science Medal in 1970.

He had a close relationship with Pope Kirollos VI, who approached him to ordain him as a priest.

He turned in his resignation to the university, which was rejected because of his rare mathematics specialty. He explained to the school that he would be ordained as a priest, hopin…
Post a Comment
Read more
More posts

Fr. David Elias
My name is Fr. David Elias a Coptic Orthodox priest at St. Mary and St. Athanasius Coptic Orthodox Church, Northridge, Ca. I have a Master degree in project management, interested in theological studies, love reading and writing. I have deep love to theological studies, always reflecting the writings of the early church fathers and their application on our times now.

This is my blog space to share my thoughts regarding matters we face in our daily lives or simply just my spiritual contemplations.